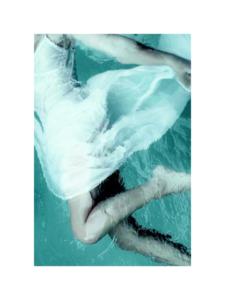 Writing is rewriting. After a short affair with a critique group, I made the tough decision to take another look at Adeline. I pulled her out of the query trench, dusted her off, and took a long deep breath.

The story of Adeline is told in dual time-line. Originally I wrote the novel in first person, but split the two timelines into past tense and present tense. My editor suggested to try rewriting in third person, and all of it in past tense. That was in November 2021. I decided to trust her judgment. I rewrote it in three weeks.

It’s always interesting when you change a POV and tense. The story comes alive in a new light. I was happy with the result, except deep down, I wondered if Adeline’s wedding day shouldn’t have stayed in present tense. But I wasn’t sure about present tense in third person, if I really wanted to go that way, so past it was.

Anyway back to the critique group.They found it hard to connect with Adeline in the first scene. Chapter one had been rewritten many times but the scene had remained the same. One of my problems were that in my opening scene, Adeline has just returned from three weeks in Australia, three weeks that have changed her from who she was before she left. She’s jet lagged, heartbroken, and confused. This of course is due to my dual timeline, and the way I’ve chosen to tell the story. It obviously wasn’t working as well as I’d hoped. My readers needed to meet her in a different setting.

After a couple of weeks of treading water. I decided to return all wedding day scenes into present tense—keep third person—and we’d meet Adeline the first time in a different scene, in present tense, doing something that’s part of her life the way it’s been for years. I made a few attempts writing this first scene, but have now settled on the final version. And the funny thing is, it makes perfect sense. Why did it take me all this time? My story will finish in present tense so it seems logical to start there as well. So much of this makes sense.

Now I’m listening to Adeline as audio. I’ve always done my own recordings as I go. For the first time ever, I’m listening through an app which is brilliant—someone else’s voice reading my book.  After this, I’ll go through my very last edit before throwing my girl back in the trenches.

What makes you connect or disconnect from a main character in a book?